I am not allowed to write this. 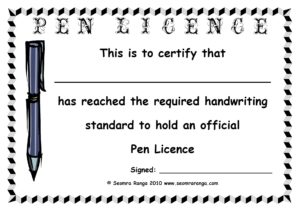 I didn’t get my pen licence in primary school. I grew up in Australia where this was a thing. Most kids in my school were awarded pen licences in Year 3. Each week we applauded a new batch of graduates as they received their certificates in front of the class.

Permission to use pen was a big deal. Using pen was grown up. Pen was for getting it right first time. Pencil was for making mistakes, erasing evidence of where you had been wrong, and trying again. Pencil was for when you didn’t know what you were doing.

Having a pen licence meant you were perfect. The other kids with their correctly spelled words in neat, flowing cursive. My writing was a scrappy mess. I was left behind in a group with two boys, one who put capital letters in the middle of his last name. Was I that bad?

Wasn’t I good enough to get my pen licence?

The next year I had a new teacher. All the kids were using pens and I wasn’t sure what to do. I still hadn’t been told I could start using a pen. I felt sneaky picking up a biro to join in, like I was going to get caught and publicly exposed as an impostor.

This feeling that I hadn’t earned the right to write stayed with me. It stayed with me when teachers told me I would fail exams because of my scrawled handwriting. It surfaced in high school when I had to decide which English class to take, choosing the easiest one because “writing isn’t my thing”. And I was reminded each time I had to write an essay after leaving engineering. I was an engineer, engineers can’t write! Not being able to write had become part of my identity.

I couldn’t avoid writing forever. When I had to do it, writing was hard. The thoughts in my head didn’t materialise perfectly onto the page. I saw this as more evidence of my failure.

But what if I could use pencil? I could write a draft, no pressure. Let the ideas out in rough form without judgment. Experiment, rework, polish.

What if I could write with whatever I wanted? Stop saving the special pens for special occasions. Stop waiting to be told I when I was ready to use them.

I wasn’t 8 years old anymore, it was time to give myself permission to write.

To give myself permission to write 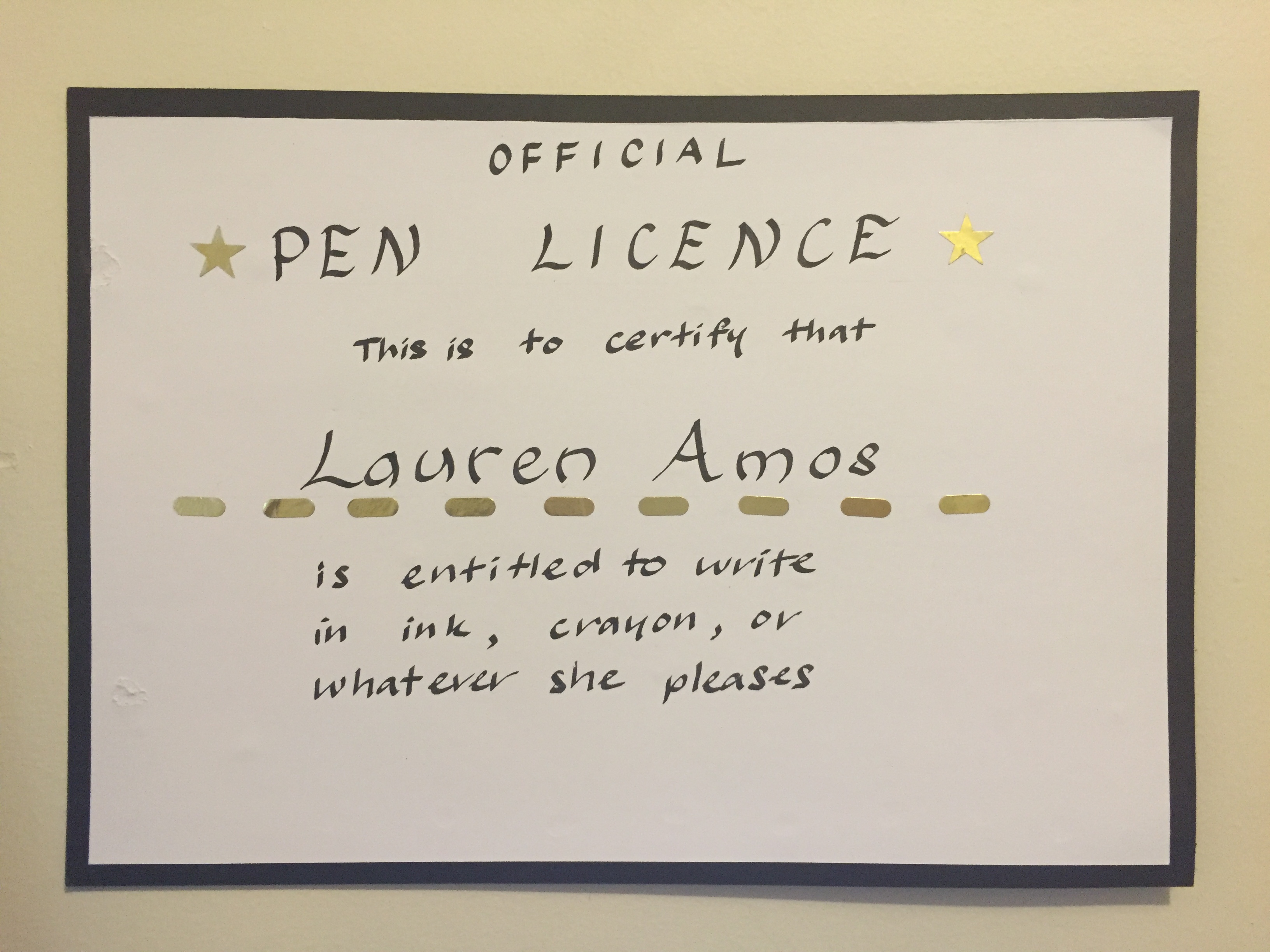 It was hard not to judge myself. I created a certificate saying I could write, shouldn’t that be neat and spelled correctly? But that was the point.

I gave myself permission to write, even if it wasn’t perfect.

I used pencil grid lines but I didn’t really stick to them and that’s OK. There are no penalties for going outside the lines here. And while my calligraphy was hasty and unpracticed, it gets the message across. I can improve my style over time if I let myself use the pen more often. The certificate sits above my computer as a reminder to write every time I feel awkward.

The certificate isn’t going to turn me into a competent and confident writer overnight. Having the reminder in my workspace should push me to keep writing even when it’s hard. By continuing to write, over time I should grow more comfortable. A writer is someone who writes.

1. Where in your life have you been waiting for permission from someone else?
2. What would you do if you had permission?
3. Do you have any ‘special’ art materials (like fancy pens, papers) that you have put aside until you’re ‘good enough’ to use them?
4. What message would you need to receive to feel that you are allowed?
5. Could you display a reminder that you have permission, even if it isn’t perfect?